Facing Criminal Charges?
You’ve Come to the Right Place. Whether You’ve Made a Mistake or Have Been Falsely Accused, I Can Help Resolve Your Matter so You Can Move on With Your Life as Painlessly as Possible.
Get My Free Case Strategy Session
Home
Practice Areas
Criminal Defense
Domestic Violence
Assault Aggravated Assault 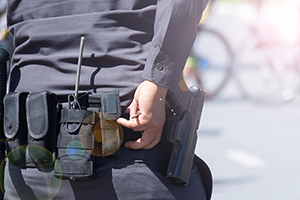 Many individuals do not always understand the repercussions that threatening words can have, even if they are only said in the heat of the moment. An assault offense can simply result from an argument where an individual threatens to cause harm to another individual. In Florida, assault and aggravated assault offenses are generally considered violent crimes, which can result in severe repercussions if they lead to a conviction.

Definition of Assault in Florida

An assault offense can occur when an individual intentionally threatens by words or actions to violently harm another person, according to Fla. Stat. § 784.011.

Under this law, the alleged offender is required to appear to have the ability to carry out any threat made, and the alleged victim must justifiably be afraid of being assaulted.

In Florida, an assault offense does not have to include actual physical touching of another person.

An assault offense is considered aggravated assault when a deadly weapon is used during the commission of the offense, or if the assault is committed with the intent to commit a felony.

An aggravated battery offense can result in a felony of the third degree, which is punishable by up to five years in prison and/or a fine up to $5,000.

Assault Committed by an Incarcerated Person in Florida

In accordance with Fla. Stat. § 784.082, if an incarcerated individual commits an assault offense upon a visitor or other detainee of the facility they are detained in, they can charged as follows:

An aggravated assault offense can result in a felony of the second degree, which is punishable by up to 15 years in prison and/or up to $10,000 in fines.

An assault offense can result in a misdemeanor of the first degree, which is punishable by up to one year in jail and/or a fine up to $1,000 or probation.

Contact Roelke Law today to discuss the facts your alleged assault offense. Bill Roelke is a knowledgeable violent crimes lawyer in Jacksonville who will make every effort to help you avoid the harshest penalties and fines to your alleged offense. Contact Roelke Law today at (904) 354-0333 or send an online message for a free consultation regarding your assault offense charges in Nassau County, Clay County and St. John's County.