Facing Criminal Charges?
You’ve Come to the Right Place. Whether You’ve Made a Mistake or Have Been Falsely Accused, I Can Help Resolve Your Matter so You Can Move on With Your Life as Painlessly as Possible.
Get My Free Case Strategy Session
Home
Practice Areas
Criminal Defense
Federal Defense
Federal Drug Charges

Drug charges in any state court in Florida can result in significant fines and prison sentences, but the consequences can be even more severe if a person is charged with a drug crime in federal court. It is critical for any person accused of these types of charges to immediately begin working with a knowledgeable criminal defense attorney who has proven experience in federal courts.

In these types of cases, the prosecution often has more time and more resources to devote to cases. The prosecutors are United States Attorneys who are often armed with evidence that federal agencies may have been compiling against you for weeks, months, or even years.

If you are being charged with a drug crime on the federal level, you should not waste any time in seeking legal representation. Roelke Law represents clients throughout the Jacksonville area, including communities in Clay County, Duval County, Nassau County, and St. Johns County.

Bill Roelke has more than two decades of legal experienced and he is admitted to practice in United States District Courts in the Northern, Middle, and Southern Districts of Florida. He can review your case to evaluate your legal options when you call (904) 354-0333 or send us an online message to schedule a free, confidential consultation.

The passage of the Controlled Substances Act (CSA) in 1970 established a federal drug policy, and the legislation divided drugs that are considered controlled substances into five categories or “schedules.” The Drug Enforcement Administration (DEA) and the Food and Drug Administration (FDA) are the agencies that are responsible for determining which drugs get added, removed, or transferred from one schedule to another. The five schedules and some of the controlled substances in them include:

One of the most frequent federal charges relating to drug offenses is trafficking. This crime may involve any combination of other offenses, including distribution, possession, manufacturing, or smuggling. According to the DEA, these are the federal penalties for trafficking: 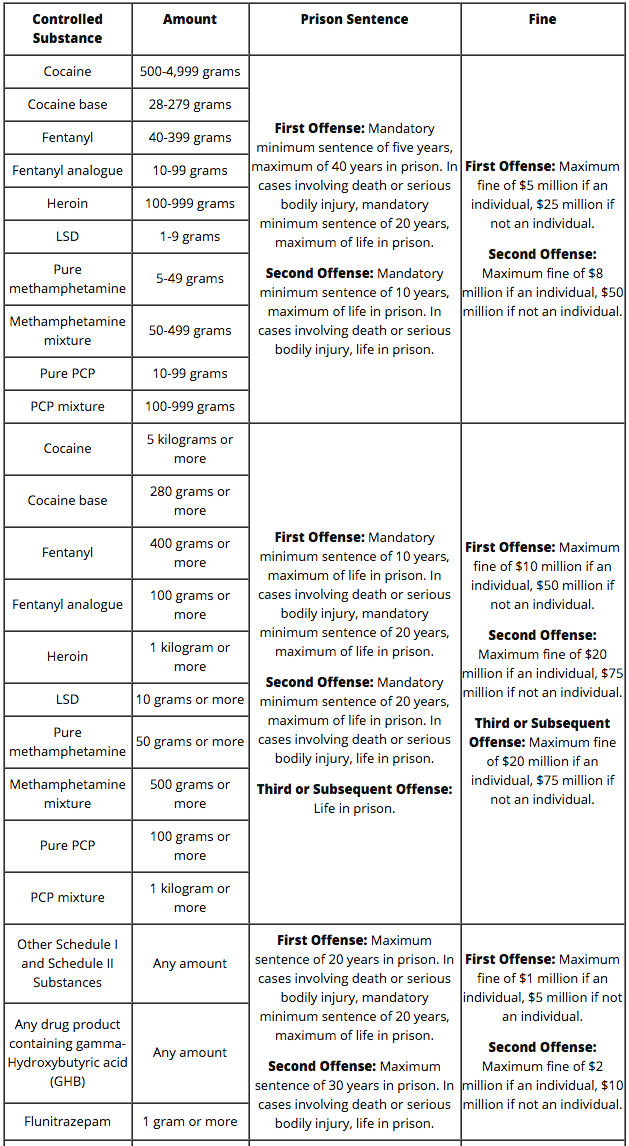 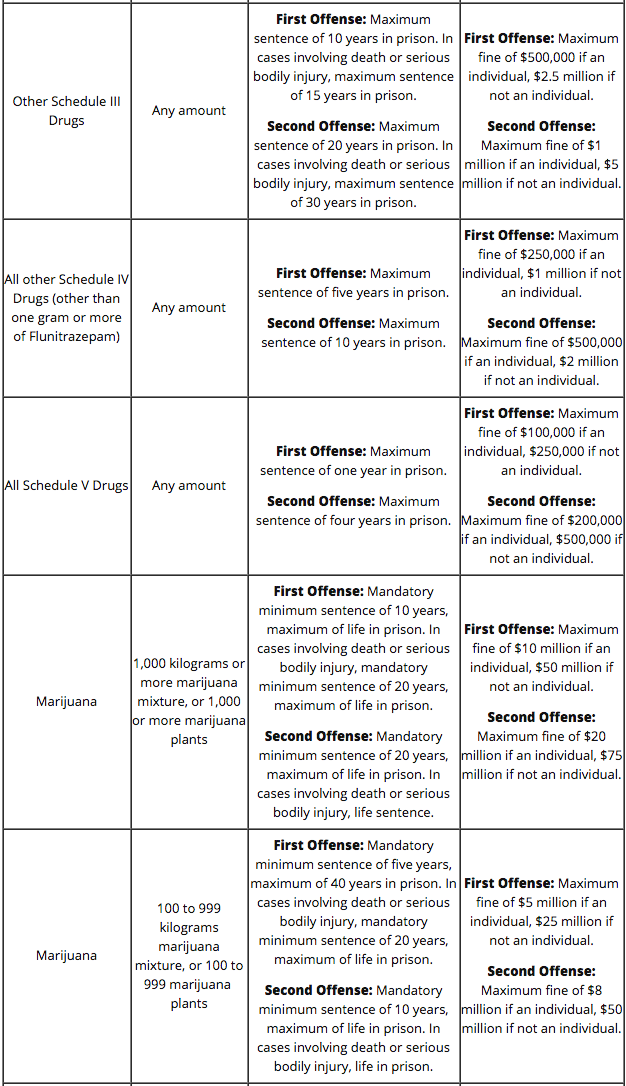 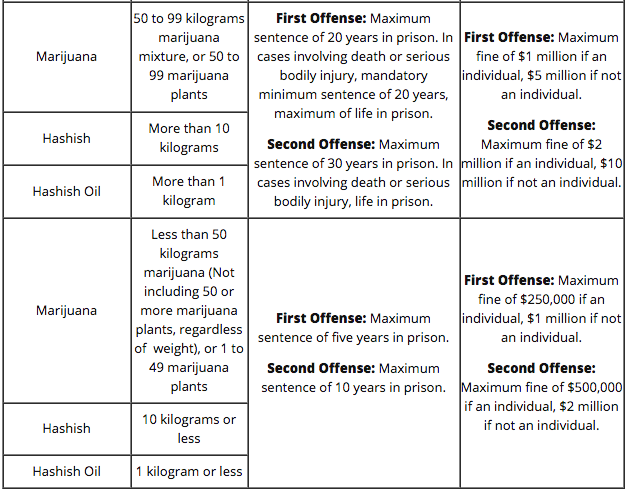 Working with a skilled Jacksonville attorney can help you explore all of your defense options, as there may be several ways to attack the prosecution’s evidence. Some of the possible ways that you may be able to defend yourself can include, but are not limited to:

You should contact a criminal defense attorney as soon as possible if you are facing federal charges for a drug crime. Roelke Law fights to defend clients all over the Jacksonville area, including such communities as Callahan, Green Cove Springs, Hilliard, Middleburg, Orange Park, and St. Augustine.

Immediately out of law school, Bill Roelke gained invaluable experienced while serving as a clerk for famed federal judge Anthony A. Alaimo. He now fights to defend clients against federal charges in United States District Courts throughout Florida, and he can evaluate your own case during a free consultation when you send us an online message or call (904) 354-0333 today.