Facing Criminal Charges?
You’ve Come to the Right Place. Whether You’ve Made a Mistake or Have Been Falsely Accused, I Can Help Resolve Your Matter so You Can Move on With Your Life as Painlessly as Possible.
Get My Free Case Strategy Session
Home
Practice Areas
Criminal Defense
Marijuana Offenses
Marijuana Possession 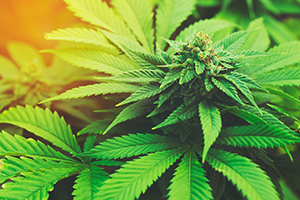 Marijuana is one of the most popularly used recreational drugs in the world and is often considered to be beneficial in the treatment of many common ailments. It has also been legally permitted for medicinal use in 16 states in the U.S. and in the nation’s capital, Washington D.C.

Marijuana has been proven to help treat the symptoms of HIV and Aids, cancer, glaucoma, multiple sclerosis, Alzheimer’s, epilepsy, and severe and chronic pain.

Despite the proven benefits of medical marijuana, the state of Florida has been slow to recognize marijuana as more than a recreational drug and is still an illegal substance. Marijuana is classified as a Schedule I substance in Florida, which is considered to have the highest potential for abuse and no known or accepted medical use in the United States.

A simple possession of marijuana charge is a serious offense in Florida and is often harshly prosecuted. A conviction can ultimately result in jail time and steep fines. To potentially avoid these severe penalties, contact a knowledgeable Jacksonville marijuana defense attorney.

If you have been charged with simple possession of marijuana in Jacksonville, or any of the surrounding areas of Florida, including Jacksonville Beach, Atlantic Beach, Saint Augustine, Fernandina Beach, or Orange Park, contact Roelke Law. Criminal defense attorney Bill Roelke is experienced in defending individuals against Florida’s tough marijuana laws. Call Roelke Law today for a free consultation at (904) 354-0333.

Simple Possession of Marijuana in Florida

Additionally, if a person is in possession of any part of the plant they can be charged with simple possession. The plant includes stems, leaves or seeds; however, this does not include the resin of the marijuana plant or anything that can be created from the resin.

Under Florida law, an individual can be charged with a possession offense if they have either actual or constructive possession.

Penalties of Simple Possession of Marijuana in Jacksonville

In Florida, a conviction for a drug offense can result in the automatic suspension of the alleged offender's driver’s license up to two years. During the first year of suspension, they may also be prevented from obtaining a work-related or provisional license.

Additional consequences an individual can face if they are convicted of simple possession of marijuana in Florida can include probation, community service hours, requirements to attend substance abuse counseling or treatment, difficulty obtaining certain jobs, and/or restricted access to certain forms of government aid.

Possession of marijuana is a serious offense in Florida. If you have been arrested and criminally charged with marijuana possession throughout Jacksonville and the surrounding areas, contact Roelke Law today. Bill Roelke is a knowledgeable marijuana defense lawyer in Jacksonville who will fight the allegations against you in order to achieve the best possible outcome for your particular circumstances. Contact Roelke Law today at (904) 354-0333 for a consultation about your alleged simple possession of marijuana offense throughout St. Johns County, Nassau County and Clay County in Florida.