Facing Criminal Charges?
You’ve Come to the Right Place. Whether You’ve Made a Mistake or Have Been Falsely Accused, I Can Help Resolve Your Matter so You Can Move on With Your Life as Painlessly as Possible.
Get My Free Case Strategy Session
Home
Practice Areas
DUI Defense
DUI With Serious Bodily Injury 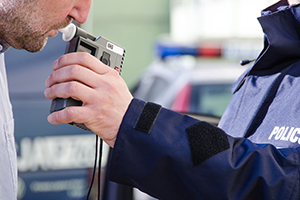 If you have caused serious bodily injury to another person after allegedly drinking and driving, you could face serious penalties if you are convicted of this offense. Many factors can influence the outcome of your case, such as whether the victim wants you to be severely prosecuted, what your blood or breath alcohol concentration level was, whether any controlled substances were found in a drug test and whether the accident was your fault or you were driving recklessly.

At trial, the Florida state prosecutor is required to prove beyond a reasonable doubt that you were under the influence of alcohol and drugs, and as a result, caused serious bodily injury to another person. Although this burden is very difficult to meet, the prosecutor does not have to demonstrate that you intentionally caused harm to the other person. A DUI resulting in serious bodily injury that was a mistake or accident can still lead to a conviction and very serious consequences.

WARNING: If you refused to submit to alcohol testing after being pulled over for DUI with serious bodily injury in Florida, or you failed an intoxication test and subsequently received an administrative license suspension, you only have 10 days to request a formal review of the license suspension.

If you have been charged with causing serious bodily injury while DUI in Jacksonville, or any of the surrounding areas in Florida, including Jacksonville Beach, St. Augustine, Orange Park, or Fernandina Beach, contact Roelke Law, P.A. Bill Roelke is an experienced criminal defense attorney who will make every effort to help you avoid the most serious penalties and repercussions to your alleged DUI offense. Call Roelke Law today for a free consultation at (904) 354-0333 about your alleged serious bodily injury DUI.

According to section 316.193(3)(c)(2) of the Florida Statutes, an individual can be charged with this offense if they operate their vehicle or have actual physical control of the vehicle while under the influence of alcohol or controlled substances, and as a result, cause serious bodily injury to another person. This offense is punishable as a felony of the third degree.

Serious bodily injury is defined in Florida, under Fla. Stat. § 316.1933(1)(b), as an injury to any person involved in an accident that creates a substantial risk of death to that person, serious personal disfigurement, or the loss or impairment of the function of any body part.

Although a serious bodily injury may not immediately be apparent after an accident arising from DUI, the alleged offender could still be charged with this offense at a later time if the injuries subsequently appear, or they later become serious or cause the death of the victim.

An individual who has been charged with and convicted of DUI with serious bodily injury could face up to five years imprisonment and/or a fine up to $5,000. Additionally, they could face the following punishments:

DUI Manslaughter – Fla. Stat. § 316.193(3)(c)(3) – An individual can be charged with this offense if they cause the death of another person as a result of driving under the influence of alcohol or controlled substances. This offense is generally punishable as a felony of the second degree, but can be increased to a felony of the first degree if the alleged DUI offender did not stop and give aid or information when they knew or had reason to know the accident occurred.

Hit and Run – Florida Statutes § 316.027 – An individual can be charged with leaving the scene of an accident if they were involved in an accident that caused injury to another person and they intentionally did not stop their motor vehicle and remain at the scene of the accident. A conviction for this offense is punishable as a felony of the third degree. The conviction can be increased to a felony of the first degree if the accident results in death to another person.

Vehicular Manslaughter – Fla. Stat. § 782.07 – An individual can be charged with this offense if they operate their motor vehicle with culpable negligence without any lawful justification and, as a result, cause the death of another person. A conviction for this offense is generally punishable as a felony of the second degree.

Vehicular Homicide – Fla. Stat. § 782.071 – An individual can be charged with this offense if they recklessly operate their motor vehicle or operate their car in way that is likely to cause bodily injury or death to another person, and as a result, causes the death of another human. A conviction for this offense is punishable as a felony of the second degree. However, if the individual knew the accident occurred and failed to stop and give information or aid, they can be charged with a felony of the first degree.

Florida Constitution and Statutes – The Florida Statutes, specifically section 316.193(3)(c)(2), defines the elements to the offense of driving under the influence of alcohol or drugs and causing serious bodily injury to another person and the possible penalties if a conviction results from the criminal charges.

Florida Department of Highway Safety and Motor Vehicles (FDHSMV) –The FDHSMV is a state government agency that seeks to enforce Florida’s motor vehicle and traffic laws. This link provides information on the DUI laws in Florida, including serious bodily injury DUI. A Jacksonville DPS office is located at:

Florida Highway Patrol – The FHP is a state government department that aims to maintain the safety and security of the citizens of Florida by enforcing the laws of the state and promote traffic safety awareness. This link provides information on crash reports, miscellaneous traffic safety materials and travel warnings and tips.

Contact Roelke Law today for a consultation about your alleged DUI offense involving serious bodily injury throughout Duval County in Florida. Bill Roelke is an experienced criminal defense lawyer in Jacksonville who will make every effort to fight the allegations against you and help you avoid the most serious penalties and repercussions to your alleged DUI offense. Contact Roelke Law at (904) 354-0333 for a consultation about your DUI charges throughout Duval County and the surrounding counties in Florida, including St. Johns County, Nassau County and Clay County.